Mike: I’m pleased to welcome Amy Nortel, more or less a new character for the series. Amy, welcome. You’re a bit of a surprise in the notes for this book so far.

Amy Nortel: Well, I brought along my notes for my only two mentions in the series. The first is from Book One, The Martian Marauders, with Jack trying to get Amav’s attention:

He knocked on the door again. “As captain of this ship, you need to know …” Wait, that’s a dangling modifier, old Mrs. Nortel was always on me for that–

And the second from Book Six, The SolGrid Rebellion:

“Julius Caesar?” Joe said, hoping to break the tension. “We had to read that in high school, didn’t we? Mrs. Nortel?”

I must say, Mr. Mike, it was extremely clever for you to remember that passing reference to Jack and Joe’s old high school AP English teacher in Book One and then include a snippet referencing her in Book Six.

Mike: Yes, I was paying homage to senior year in high school when I stayed up to one AM on a school night reading Julius Caesar. I’d chosen to disobey the standard routine of being in bed by eleven, and was amazed to find myself eagerly reading the play at one AM. It was a new experience in processing energy, and in engaging with a book’s meaning. The whole night had the discovery feel of: This is what life is supposed to be about. This is what I’m capable of.

Amy: So Joe and Jack could remember their old English teacher, although they’d totally lost contact with her and certainly didn’t care about her as a person. They probably assumed she’d died in the Final War or in the Evacuation. Just wrote her right off. So they’re just dumbfounded to find her in 2076, rejuvenated and helping work with the Ywritt at Iota Persei. She’s going to need some backstory, all right. She must have been born at least in the early or mid-1950’s for her to be their high school teacher, an old woman in–what?–the early 2020’s? 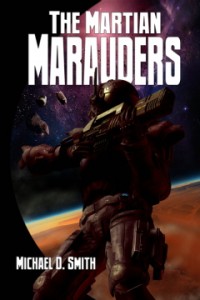 Mike: Yes, that’s about right according to my calculations. We’ll have to lock that into place, of course. Jack and Joe were two years apart, so I think Jack spring of 2021, Joe spring of 2023.

Amy: In any case, fat old Amy Nortel is another one of those lucky ladies who, just like Suzette Borman in SolGrid Rebellion, takes so well to rejuvenation that the aging effects are miraculously reversed and Amy now looks twenty-five at the most. And though she’s retained her rather generous figure, it’s all so well-compacted and fetching in this tight blue tank top and white pencil miniskirt, now isn’t it?

Amy: So Jack and Joe can’t handle it. Their old high school teacher who taught them Shakespeare in English AP their senior years is vital and sexy now! Maybe a bit crazy on top of it. Believe me, this is a great part! I come out of nowhere and just flabbergast them! And that’s excellent cover for the nefarious doings going on in Amy Nortel’s secret world.

Mike: Yes, because she’s really a Wounded operative. In fact, a Wounded robot.

Amy: We just need to clear up whether there was ever a real Amy Nortel who died and then this Wounded robot replaced her–which does make sense, when you think about it, because it’s one explanation for why her rejuvenation supposedly takes so well. And it develops another interesting plot line to the side, in which poor Suzette Borman is also suspected of being a Wounded, because sooner or later everyone will wonder if her unusually successful rejuvenation wasn’t also a method for inserting a Wounded robot spy into Sol.

Mike: Then again, it’s interesting to assume that the Wounded have actually been planting robots into Sol for decades, maybe centuries. That Jack and Joe were taught AP English by a Wounded robot that was programmed to age according to normal human standards, then received a rejuvenation algorithm so she could appear to be a younger human and perform more Wounded duties up through 2076.

Amy: And we’d need bulletproof reasons why she was able to avoid detection by SolGrid and other means until then.

Mike: In replacing the defunct SolGrid’s detection methods, Patrick James does invent a way of discovering you. That’s in the first chapter, or one of the early chapters.

Amy: Right. And they can’t believe it for quite a while. That gives me time to escape–and of course I must escape. I know some early ideas had me not making it alive out of Ballard and JJC’s hospital room, but you know as well as I that there’s an unstoppable psychic force in Amy Nortel. She’s needed in this novel, all the way.

Mike: Yes, I’ve come to see that. You’re no Carla Posttner, the bad girl of SolGrid Rebellion. She too had a foothold in a previous book through her deceased dad, Carl Posttner in Nonprofit Chronowar.

Mike: At any rate, Carla also sort of sprang out of the past to attempt to dominate a Jack Commer novel.

Amy: Right. She came on strong in Book Six, but anyone can see she had no staying power. She’s still alive and kicking at the end of SolGrid Rebellion, but everyone’s forgotten her and I won’t permit her in Book Seven.

Amy: You heard me. If you have any ideas about including Carla Posttner in any scene in Seven, I’m out of here. I won’t share the stage with her. She’s a mediocre villain compared to me.

Mike: Fortunately I’m in agreement with your assessment, so I don’t think we’ll have any problem there.

Amy: Believe me, you’re going to see some interesting and surprising developments from Mrs. Amy Nortel. The other thing that blows everyone’s minds and does keep her above suspicion, way longer than she should be, is the fact that she was briefly married to Fyodor Arkonsky, designer of the Arkonsky force field technology so necessary to the USSF in all the books. Jack and Joe are again idiotically dumbfounded to realize that Fyodor’s beloved “Mrs. Arkonsky” was really their old English teacher! And did Fyodor die perhaps a little too early and conveniently? Who knows?

Mike: Hmm. We’ll have to work that out. I don’t have any concrete plans for how you would continue after the early chapters. That will require some thought.

Amy: Well, get to work, then! I’ll certainly be here to remind you of my needs. After all, I’m new and vital, even though I used to be so decrepit and English teacherish and just got two tiny offhand mentions in two books. Believe me, I’m going to dominate this one.

Mike: Well, all decisions about the book are ultimately my–

Rick Ballard: Hey! Mr. Author! Have you given any thought to my idea about Amav and me? Listen, I’ve been up all night, working on some notes for how–whoa! Wow! Hey, Mike, who’s the babe?

Amy: Amy Nortel, Mr. Ballard. You explode all over me in Chapter One.

Ballard: Wow! Is this the nurse attending me and JJC and T’ohj’puv in Chapter One? Hey, honey, I’ll explode all over you any day! Any day! Wow!

Mike: Dammit, Rick! Out! Or I swear to God I’ll bring back Henry James, and write you out of the book altogether and let him explode all over Amy!

Ballard: James? Are you kidding me, man? Henry freakin’ James? Dammit! Just–dammit! God, you’re such an unreasonable, ego-tripping goody-goody bastard! Okay, that does it! I’m trying to contribute to this piece of crap novel, but you–aw, just screw it! I’m outa here!

Mike: It’s something all the pilots in the USSF know. Henry James was a weakling in my fifth grade science fiction stories. He was a totally unreliable coward. He was always the first to stumble when people were running away from a dinosaur, the first to get eaten. He also tended to die from spaceship acceleration. Just couldn’t handle it. I’ve never written him into a Jack Commer novel, but you know, I just might. There is a Henry James in Akard Drearstone, a rival musician to Akard, and a nasty piece of work, so there is some ongoing Shadow work in the concept of “Henry James.” But he was just a minor figure in that novel. Maybe I need a Henry James in Seven.

Amy: Maybe I married Henry James instead of Fyodor! Or Henry is my second husband!

Mike: Well, possibly. I admit this has all been intriguing. I see you’re going to have an interesting role in Book Seven.

Amy: Absolutely! And I can see you’re already rather taken with me! Always good for a character to know she has the eye of the author! So I know you’ll come up with some great plot for me. Meanwhile, I’ll just work on my lines for Chapter One. I’m already looking forward to watching Rick Ballard explode like a burrito in a microwave oven!

Mike: Even though as a Wounded robot you’re chagrined that the experiment fails.

Amy: Oh, yes! Absolutely! Absolutely I will hide my smirk when that happens.