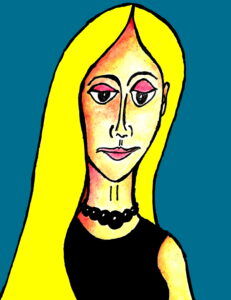 A naïve and disconnected artist gives a party to celebrate his success, only to find himself drafted that same night into a mindless war against the Reunion, an apparently unstoppable army of hallucinatory consciousness.

I’ve finished Draft 2 and closed it off, even though I could go back and tweak it further, or try for a different ending. But I’m declaring this version done in favor of setting the foundation for Draft 3. Four synopses (six-page full summary; cut to three pages; cut to long teaser; further cut to web overview) have already put the novel into fresh perspective. Working with the eight main character descriptions, and starting to make drawings of them (five of eight so far) has also been contributing to Draft 3.

No matter that I’d just like to make this thing fall into place and be done with it, Asylum and Mirage is simply not finished. That’s okay. Calling this second draft done is saying I want to be open to anything that leads this novel to its correct ending. 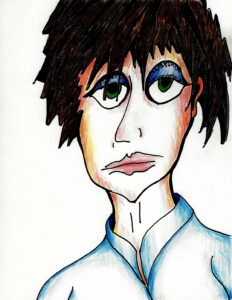 It may seem odd to begin assessing Draft 2 before I reread it, but even though I’m in that delightful space where I’ve forgotten much of the structure and wording of the earlier scenes, I have a growing sense of overview. I can see some things to consider: 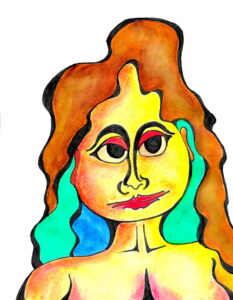 Though these are all real problems, none really daunts me. A metaphor I’ve been using is how I make a drawing more intense over successive passes, making the colors even more vivid until I get a certain holistic feeling about the sketch and I know it’s done, it’s what I want. Thus Draft 2 is a few cycles away from being “impassioned” with color and line.

Probably the only true way to impassion any novel is to keep deepening those characters.

The unspoken fear inside Dave’s 167 partygoers works; but what the Reunion really is, or if it could be ended, I haven’t confronted yet. I joke about Star Trek movie villains being evil because they have tattoos and huge spaceships with narrow walkways stretching without guardrails across thousand-foot drops–but is my Reunion much different from that stock villain?

This may be an important step: the realization that such insanity cannot be conquered directly. It worked in my novel CommWealth because everyone was secretly relieved to see the property-less society die; people chose to rally to a sane new authority echoing their true values. Just because Caspra realized she was deluded to have Merged with the Reunion doesn’t explain much. “Pulling the Reunion’s plug” is too easy an ending. But maybe like Dave, she’s introduced another dose of poison into the Reunion.

Dave’s unwritten chapter could be an homage to that seductive telepathy. How he fully understands his captors, the brainwashed Colonel and Mrs. Markham, and Merges with them, flowing into the entire Reunion, polluting its evil, somehow hoodwinking it.

Somehow. As you can see, I have a lot to figure out here.

The Asylum and Mirage webpage