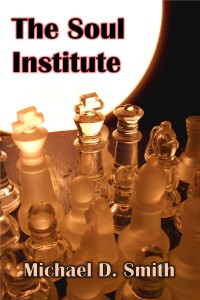 Computer technician Himal Steina realizes his dream of a mythic return to the sanctuary of a vast foggy university of Soul when he’s appointed Writer in Residence at the Soul Institute and falls in love with one of its numerous faculty goddesses, unaware that he’s blundering into a catastrophic jumble of power lust, romantic chaos, drug abuse, and gang violence.

The Soul Institute is my best work, my flagship novel. Last month, five years after its 2015 publication, I reread my paperback copy, still enthralled with how marvelously this story unfolds; in fact, it’s hard to believe I wrote this thing. Yet I also noted, in growing dismay, that some of my old writing habits, mostly over-punctuation, slowed me down or distracted me. The novel, I decided, needed a tune-up to more gloriously showcase its flagshippy essence.

I decided not to get into rewriting consciousness, though; no cutting sections, amplifying others, or eliminating characters. I knew the existing structure of The Soul Institute already worked very well, and that I could perfect the novel with the reduction of exclamation points as well as unneeded ellipses and hyphens. I’d allow for minor text changes for better expression and, obviously, for error corrections, but I wanted to keep this project simple. The 2020 update is a severe copyediting exercise, not a second edition. It’s essentially the same novel as 2015.

Where on earth do our literary foibles and bad writing habits come from? Why can’t we readily see around our own corners? It’s difficult to confess the existence of these old habits, but on the other hand, I am moving forward, and my recent work has benefited from these realizations.

And so, more aware of past idiosyncrasies, I began my Soul Institute Word edits with search-and-replace routines, but then discovered I was inadvertently creating fresh errors. That mandated two more close read-throughs, the kind of detail work that thoroughly reacquaints you with your story.

Exclamation points don’t belong in the narrative unless there’s a truly good reason. Though I’d reduced this old habit greatly by 2015, somehow it escaped me that it still persisted in 2015 narrative sections. Dialog is a different matter, because sometimes characters are shouting and upset, but even there, valid reductions can make the scene more real.

I found that changing the exclamation point to a period was usually easy and natural, and the result read much better. At other times, the original meaning seemed lost after the change. As a made-up example:

What did it matter? She was dying!
The original style, coming across as overdone.

What did it matter? She was dying.
Here changing to a period loses some force.

What did it matter? She was dying.
An italics workaround reinstalls some force.

What did it matter? She was dying, wasn’t she?
Revises into a slightly different mood.

As far as that fourth category goes, sometimes exclamation point removal forced me to rewrite much better sentences. This was all quite educational.

Where the hyphens and ellipses come in: from the vantage point of five years I noticed that my characters often indulged in dialog overkill. Although the following is an exaggeration, characters might say things like:

I cleaned that up!

I also corrected a few other older habits I hadn’t fully excised by 2015:

2020 is in fact about 3,000 words shorter than 2015, but most of this is due to reducing ellipses (…), which count as a word, and eliminating the above-mentioned character nattering,

So the flagship novel is in much better shape. Again, it’s the same novel, with no scenes, characters, or plot changed. I’m extremely pleased with it. The updated version from Sortmind Press has been uploaded to all sales channels:

TSI Background – and some alternate covers: 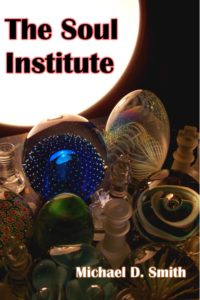 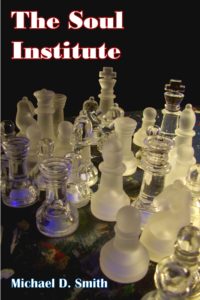 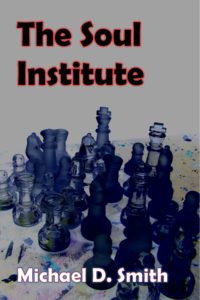 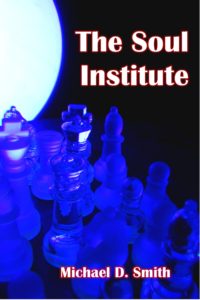